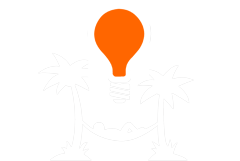 
How did you do nothing today?

Heavy rain, walking in the night with my umbrella in a park and a children´s playground.


Did you learn something new about doing nothing?

Whatever weather, there is no excuse to not DN. Night or day. Heavy conditions can be a bliss, because otherwise one would shy away from them and not „inhale“ and „embrace“ them.


Did you learn anything new about yourself?

First time in heavy rain on a playground. Climbing wooden installations is tricky. Light is great in rain, I love the dripping from the rim of the umbrella. Accepting nature and therefore myself. To stand in a park alone at night makes me menacing, and fear is still there as well, irrationally, as if bad weather brings demons out and muggers. They all sit somewhere where it is dry and warm…


How did you feel about this experiment today?

A necessary push into feeling that I am there, whatever mood I might be in.

BEFORE: Ok, but a bit nervous. Did want to finish some emails, but forced me to go out, in the middle of the night. The day started late. Did not drive back to Germany. Stayed because of the rain.

WHILE: Good, opening up to the elements. Here mostly raindrops. Took the rainbow coloured umbrella. Climbing around there on the wooden structures for the children made me aware of how stupid a wrong move can be in harsh conditions. But climbing down over swinging chained logs was fun, if you take your time. The Tower there gave me the feeling of being a sentinel, watching out for the evil, while the families are asleep. First watch.

AFTER: Good. Relieved that I did it and was out. Otherwise soaking in front of the TV set would be the other form of being. Not advisable. Better facing the elements. And yourself.


How did you do nothing today?

Watching the ducks paddling in the pond and around the fountain at Türkenschanzpark, watching the waves and looking onto the trees.. Slowly walking through the Setagaya-Park – a japanese garden near Hohe Warte – looking into the small teahouse (which is normally open only for ceremonies) and accidentioally got an invitation for an original japanese greentea-ceremony..


Did you learn something new about doing nothing?

Idling seems to be the only way to live well and healthy when integrated into one`s everyday`s doing..


Did you learn anything new about yourself?

I don`t need to be productive and to think all the time to ensure that i exist – i can let go of all my mental ideas about me and the world and how things should be done.. All is available in the “Cloud”, so i don`t need to hold it in my mind all the time..


How did you feel about this experiment today?

We are convinced that more DOING NOTHING is missing in the lives of overwhelmed people worldwide!